Our mission statement is:

"Building lasting relationships with our partners and employees while serving the recreational and travel community. Our core values shall be based on Honesty and Integrity and Service to the Community."

In 1972, Don and Robinette Tilley started the Tilley company in their hometown of Statesville, NC. In spite of humble beginnings, they quickly grew out their original store building a new one at the corner of Airport Road and US Hwy 70. Growth continued and the building expanded, however after a couple of years it was apparent this was not enough.

They opened another shop 22 miles away, but a larger expansion was inevitable and since the current property could not expand further a move would have to be made. So, on January 8, 2003, Tilleys opened a newly built, state-of-the-art facility at 1226 Morland Drive, Statesville. 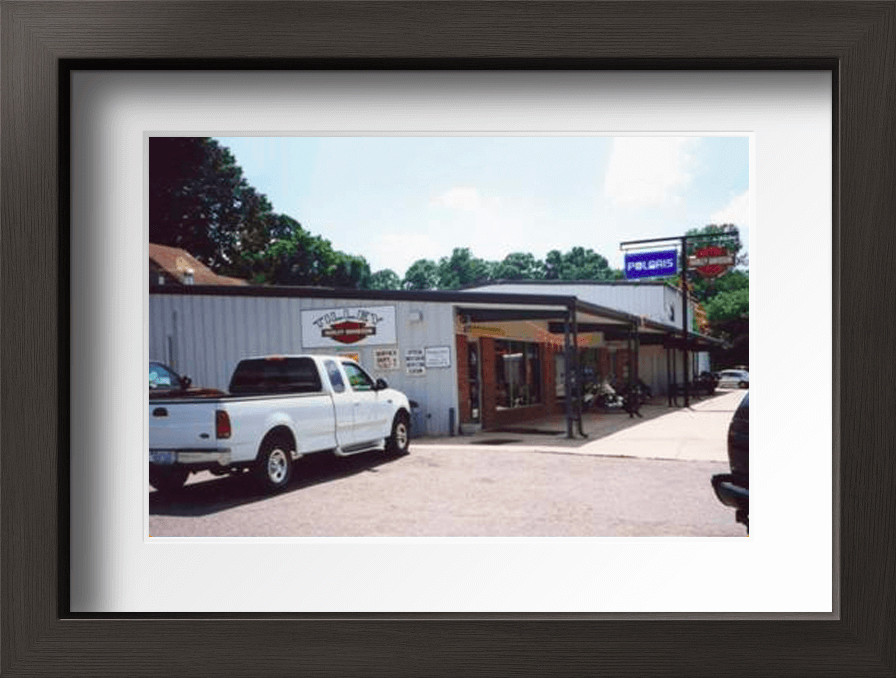 Original Dealership at Airport Road and Highway 70. The tall shop section was added in 1994. We were still a Polaris dealer at the time. 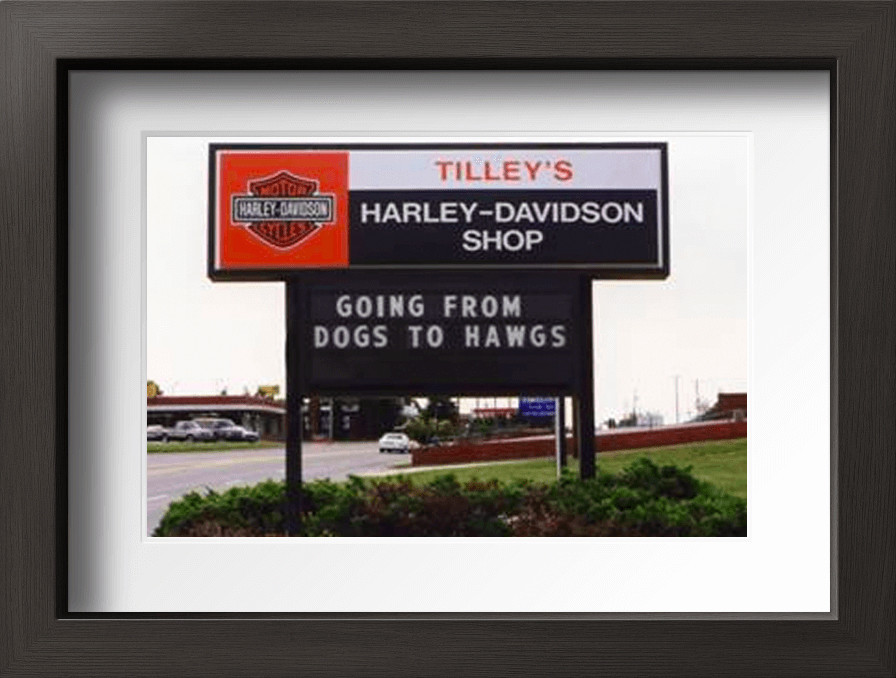 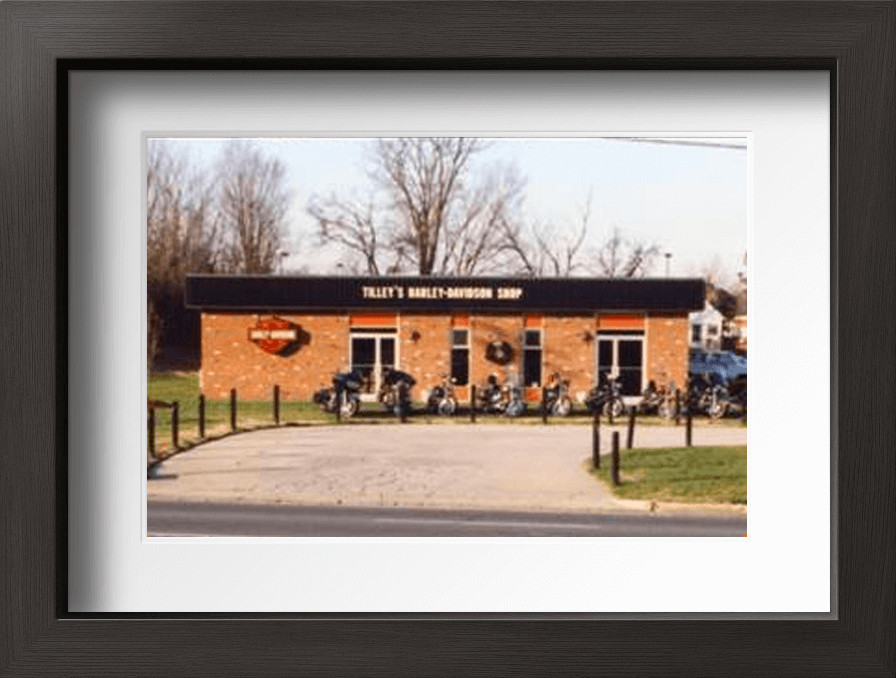 The old animal hospital was converted to the new Shop and opened in November 1998.
The welcome sign was the idea of the former tenants and seemed appropriate for the occasion

In the late 1990s Harley-Davidson® created the “Shop” program, a smaller version of a dealership located within the same territory. A "Shop" offered all the products and services of the bigger store with more convenience. This was the perfect "stop gap" Tilleys needed to continue to grow in spite of the size limitations. It would allow time to find another location and build the much needed facility for the main store in Statesville, without neglecting their loyal customers. They converted the recently vacated animal hospital into a "mini dealership". The first Tilley’s Harley-Davidson® Shop opened on November 17th, 1998 on East Innes Street in Salisbury, NC. Business was good and it was soon apparent the 5,000 square foot facility would have to grow… 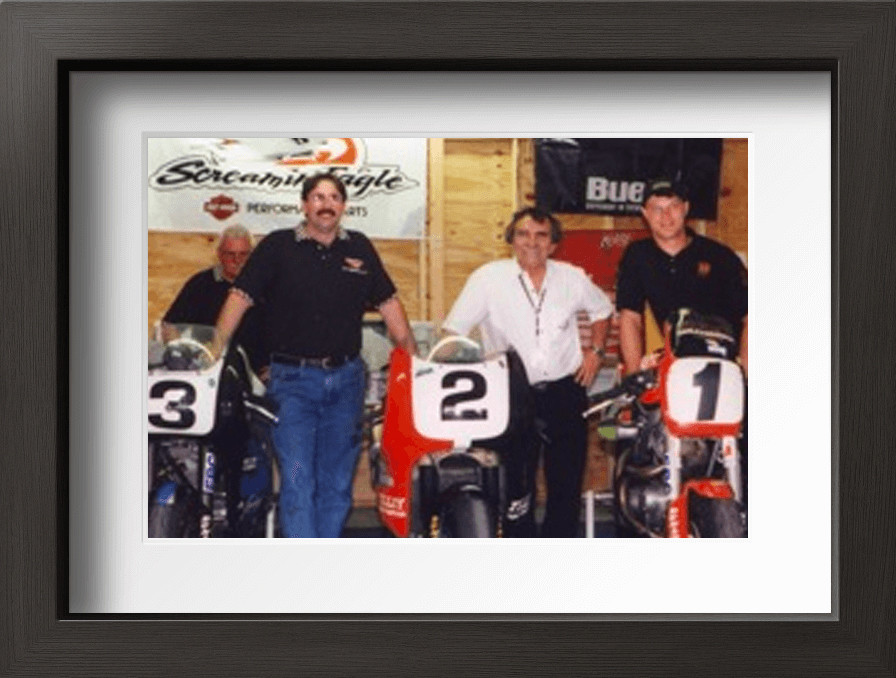 Tilley's bikes are 1-2-3 at Daytona. Left to Right are Gene Lummus, Joe Caldwell, Don Tilley and Kelly Warren. We faired well during the Spring races in 1998, with a win and a 2nd place finish.

In December of 2006 Tilleys expanded, turning the small shop into a 50,000 square foot Dealership. The new Tilley Harley-Davidson® of Sailsbury is located at 653 Bendix Drive, off I-85 in Salisbury.

Racing has always been a big part of Tilley history. Tilley Harley-Davidson® has sponsored many types of Harley® motorcycle racing programs over the years. From motocross to flat tracking, from road racing to drag racing, the company has been involved in most variations of the sport at one time or another.

The most famous of these were the road racing championships won by Gene Church on a XR-based machine in the 1980s, and a XL-based racer in the 1990s ridden by Scott Zampach.

In 2004, the Tilley Drag Racing team won its second National and East Coast Championship with rider Tripp Nobles on a V-Rod. With Don Tilley preparing the bikes, his teams have accumulated a total of nine National Championships! Click here for more about Don Tilley's racing heritage.

During the early 1980s when overall Motor Company sales were faltering and product quality was down, customer support and fair business practices along with the ability to correct the vehicle flaws of that time made the dealership a standout. Now with vehicle sales and quality leading the industry, we still operate under the same "old fashioned" principles that they did 44 years ago.

We have a complete service facility with a fully equipped machine shop, flow bench, Dyno room, and port and polish room. The shop has eight bays with experienced, factory-trained technicians on staff. We specialize in mail order engine work. We ship and receive UPS every day. 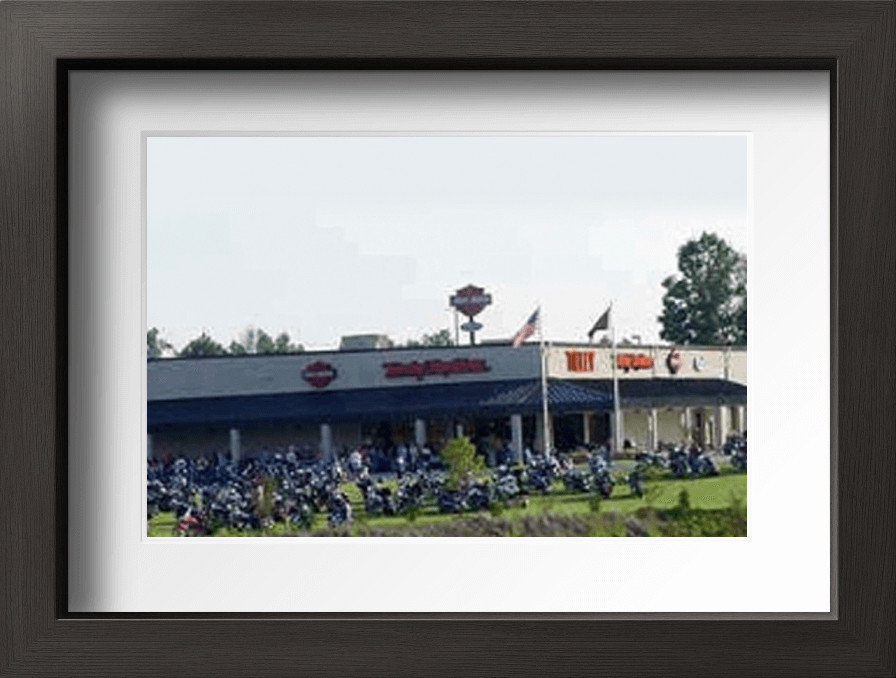 Why Purchase from Your Local Dealer?